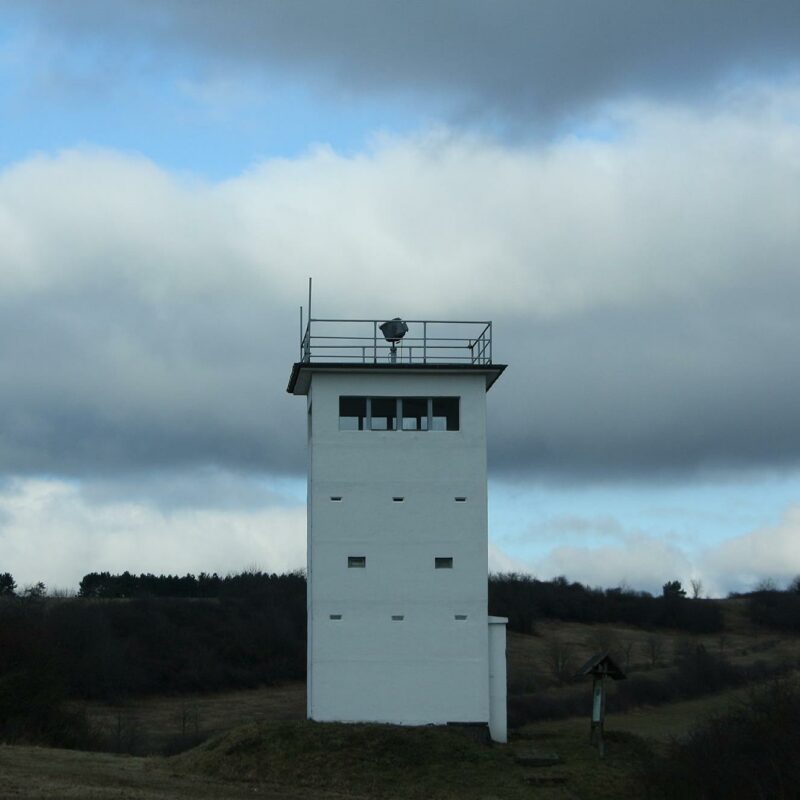 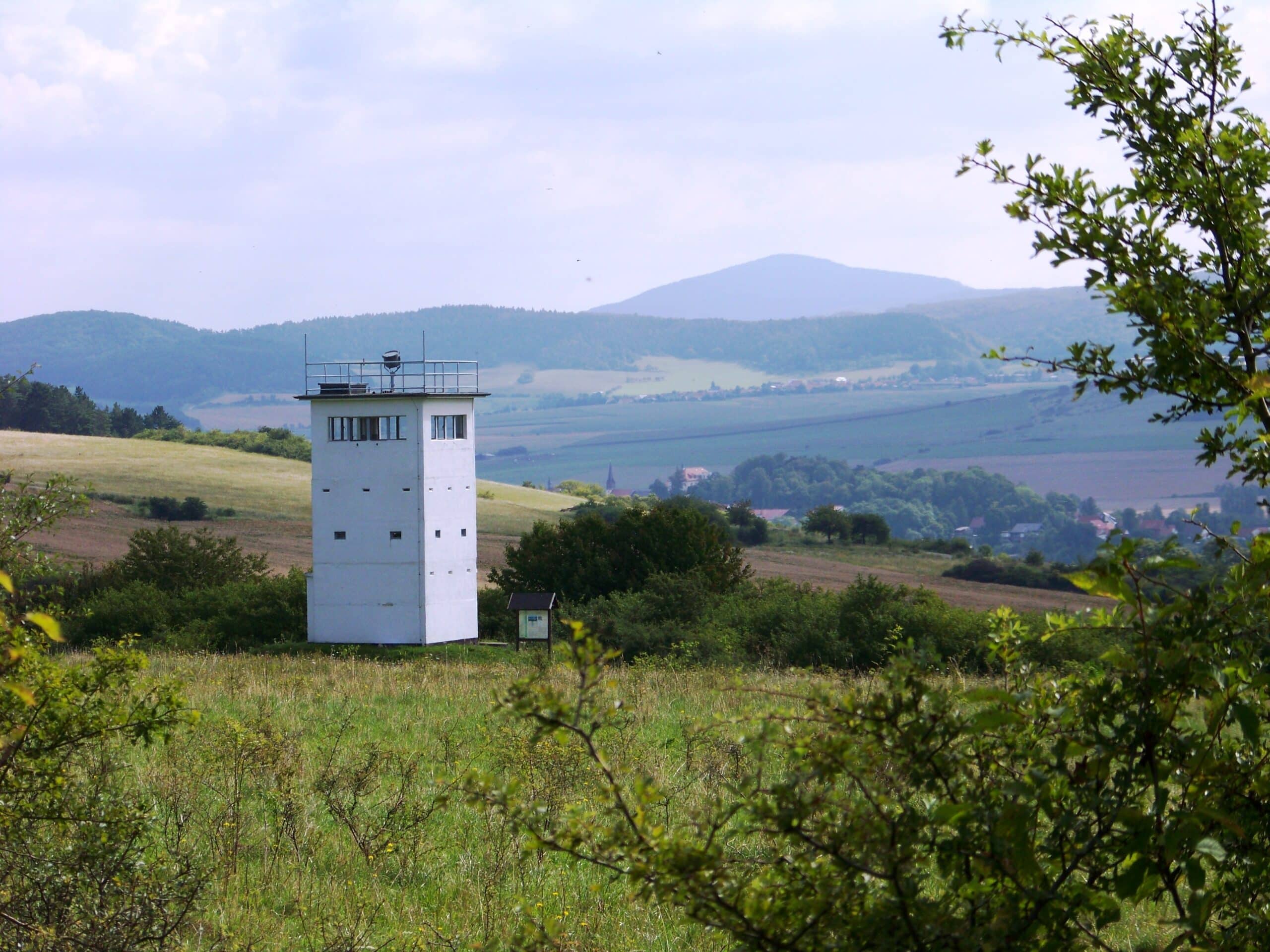 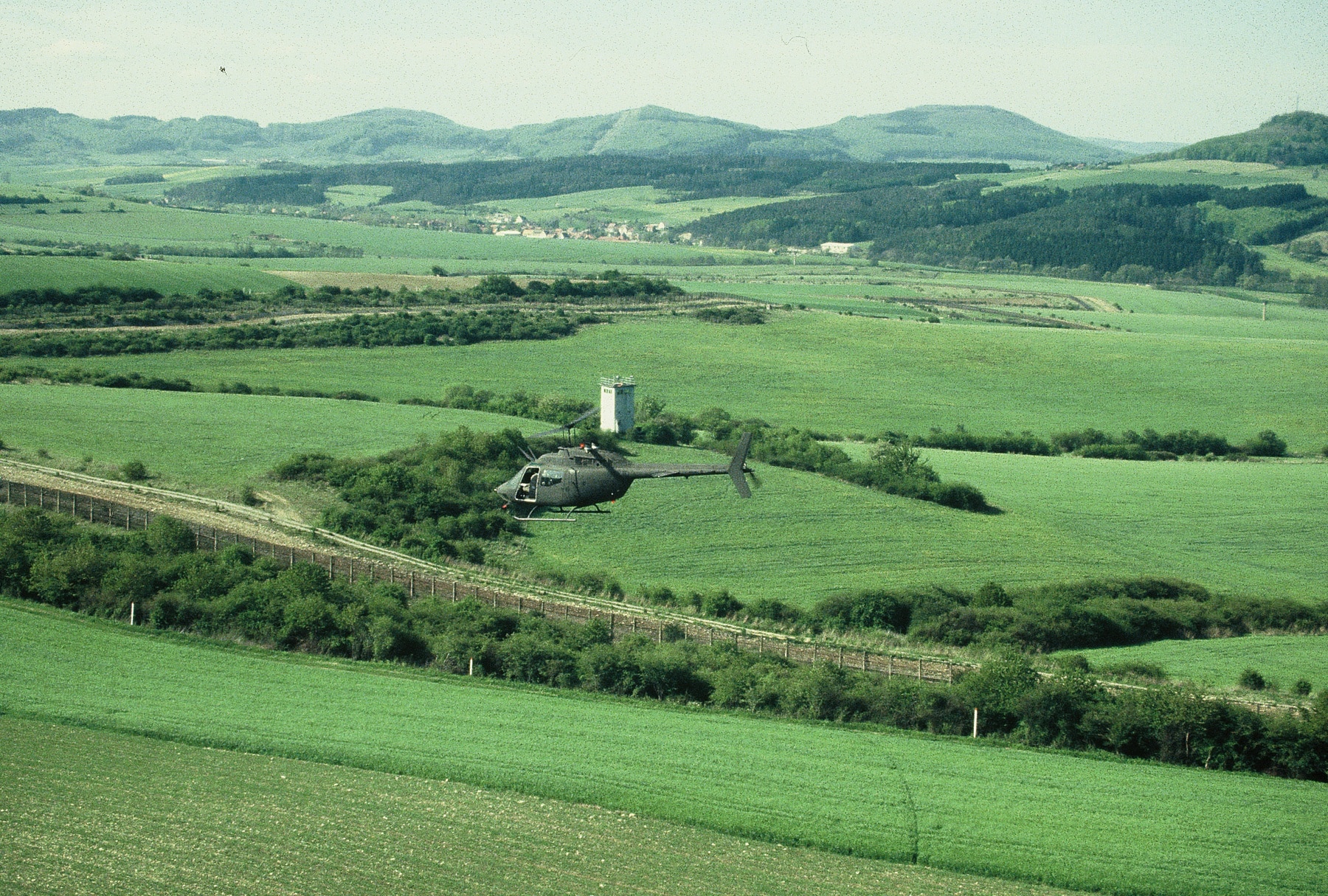 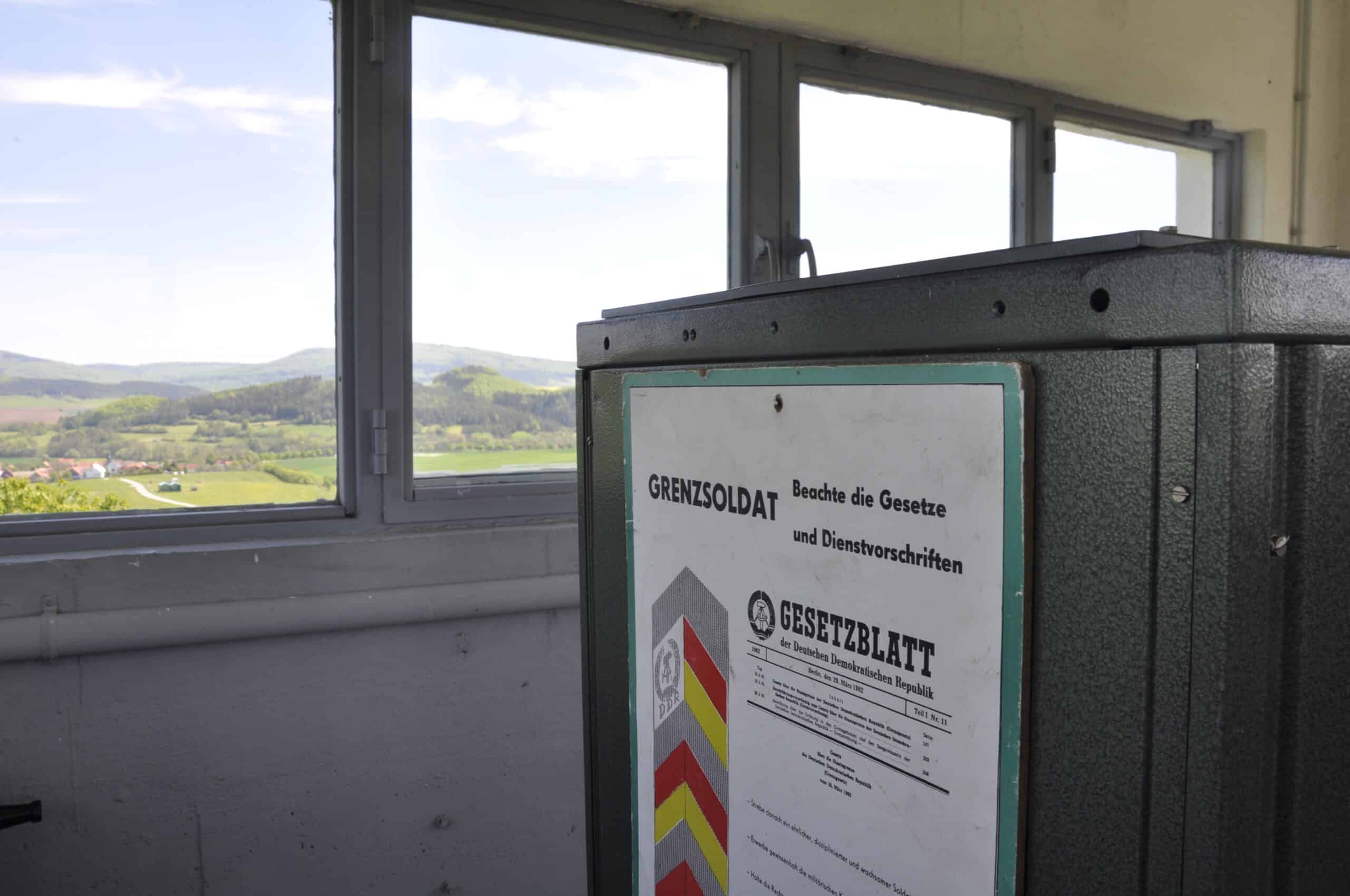 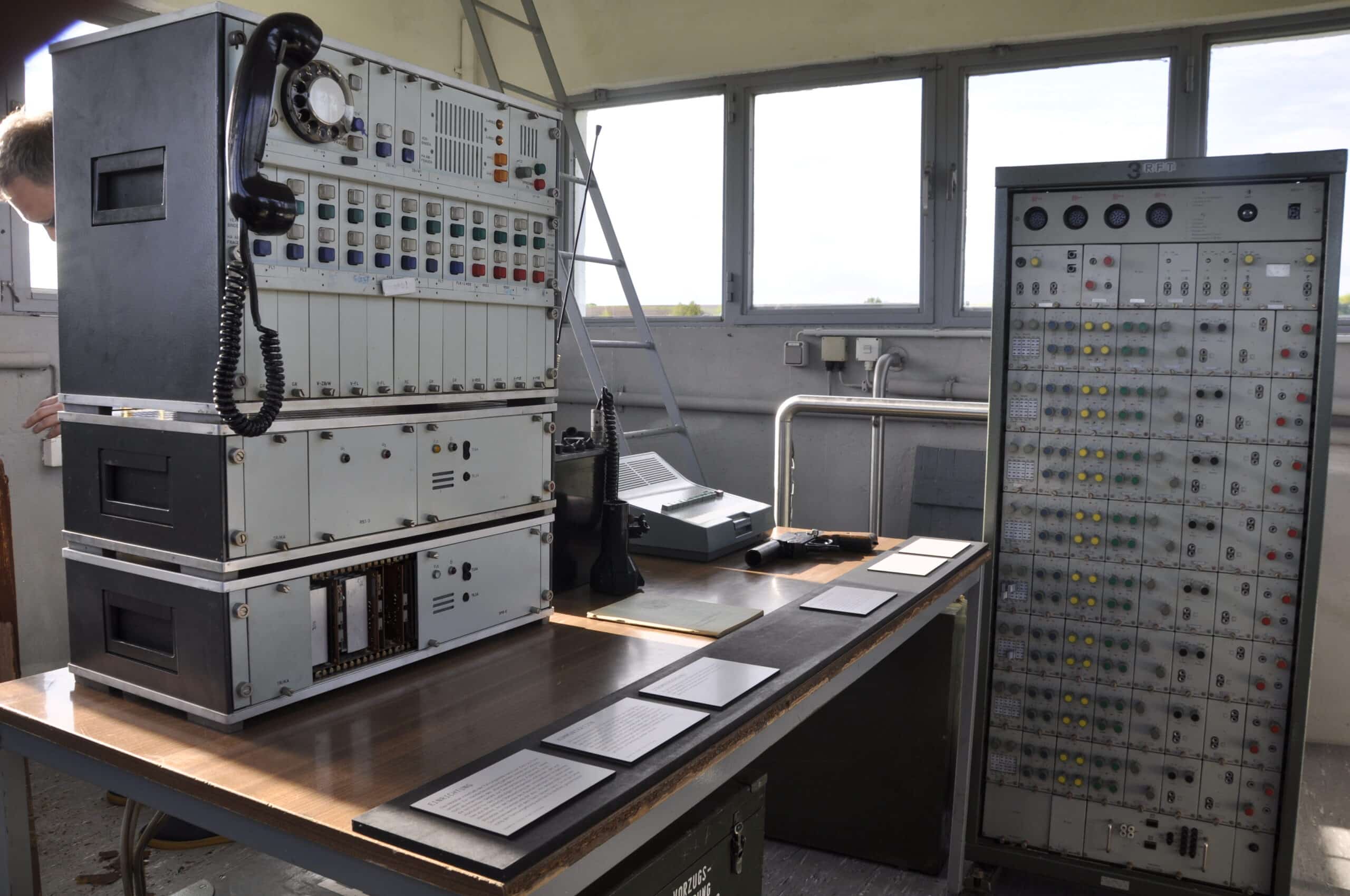 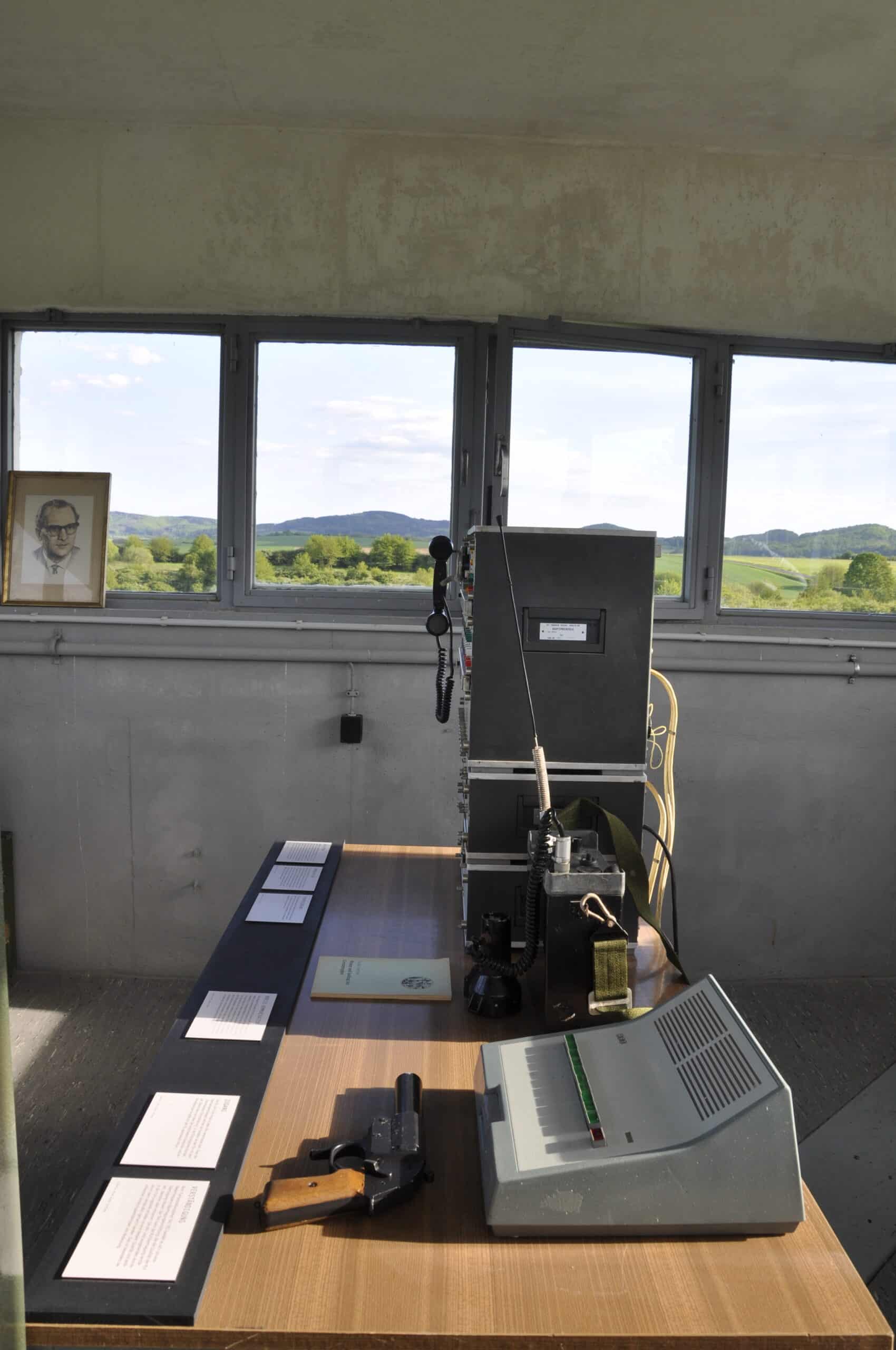 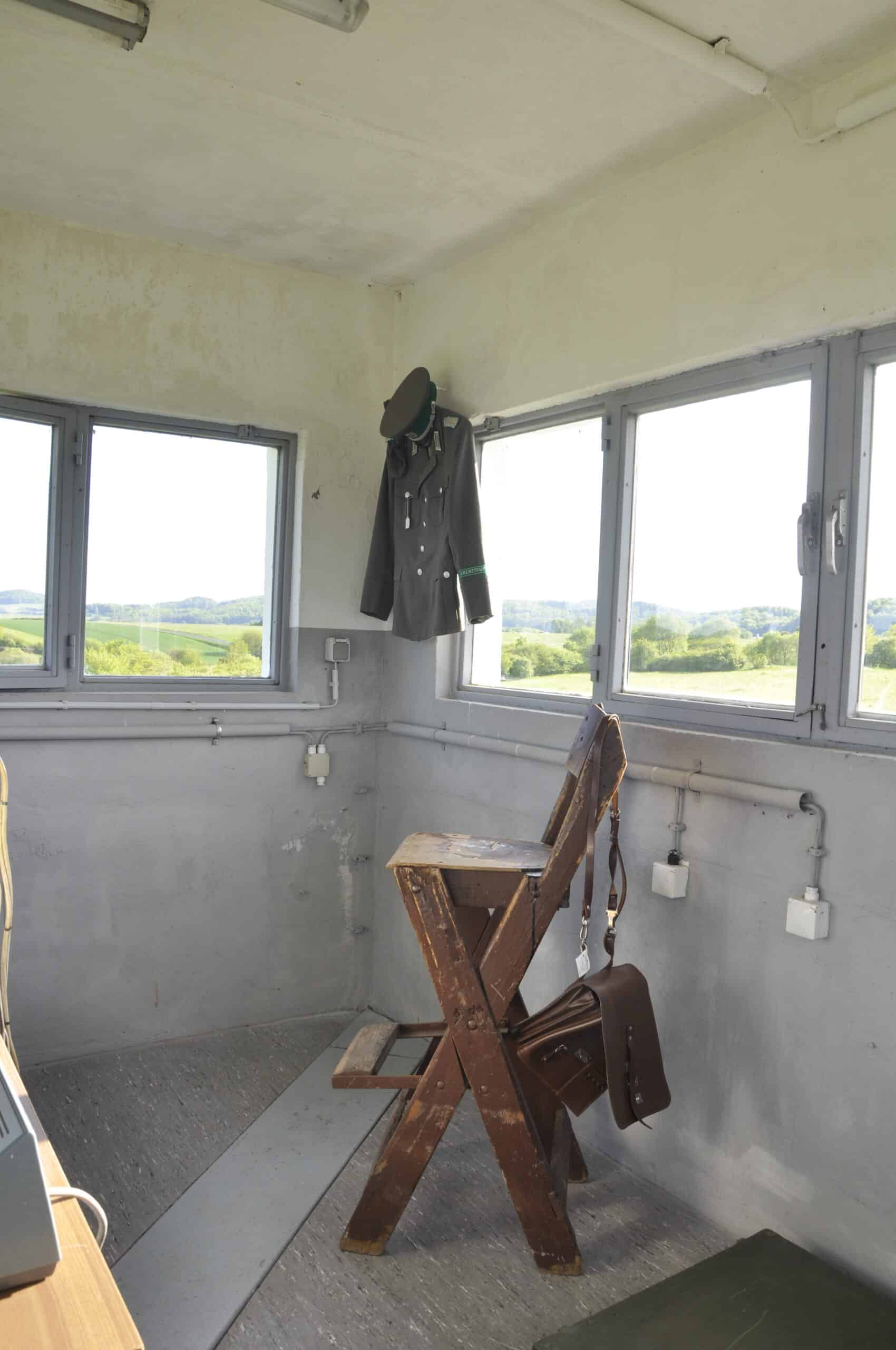 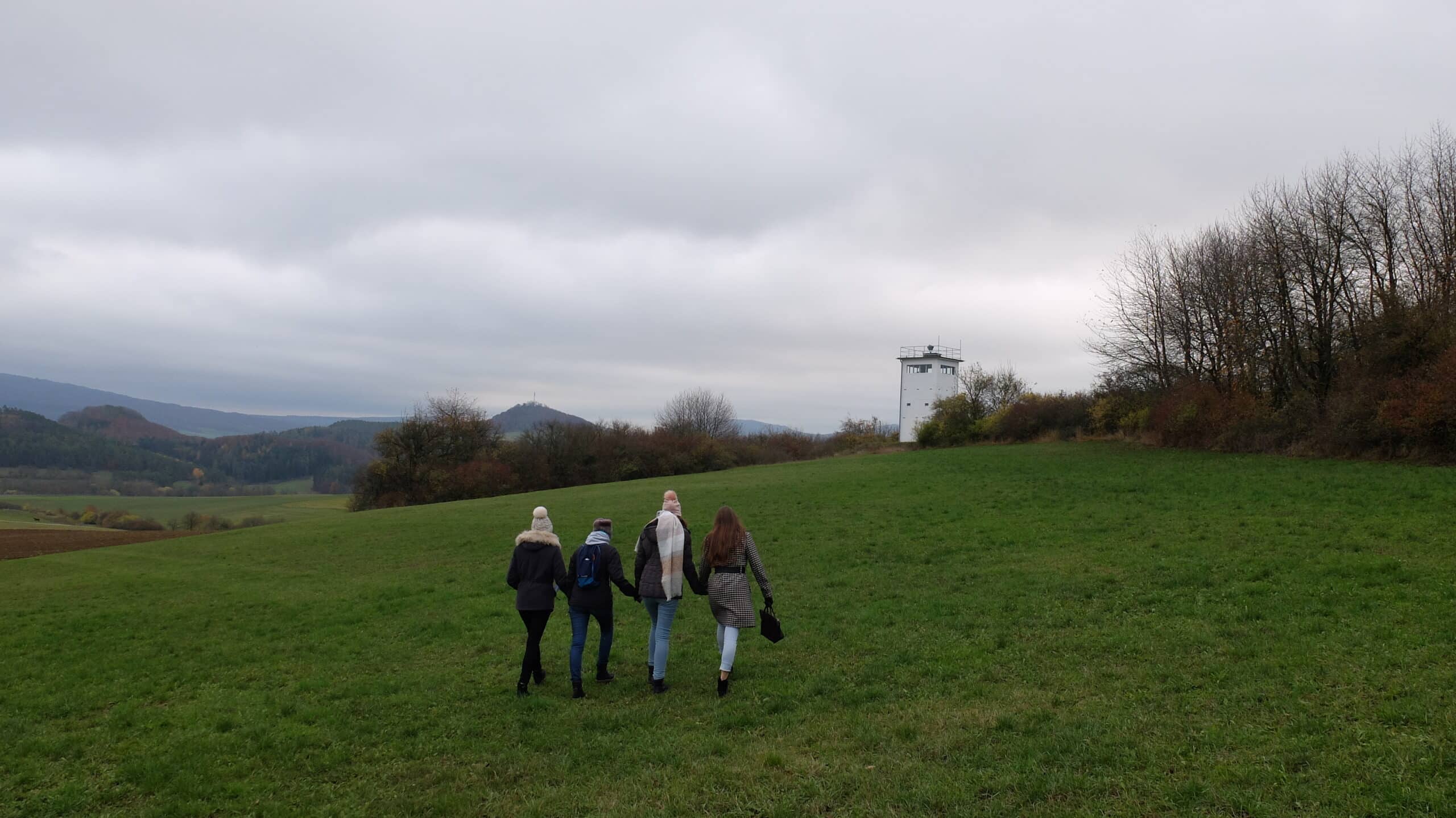 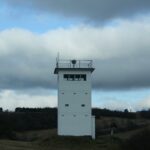 The border regime of the GDR at the inner-German border comprised an almost impenetrable surveillance and control system. The SED State tried to prevent its citizens from escaping to the Federal Republic with self-firing devices, vehicle barriers, contact fences and observation towers. As part of the guided tour to the Wiesenfeld Tower, there is the opportunity to visit a former command post of the GDR border troops. From here, an entire section of the border was systematically monitored during the time of German division. The tour includes extensive explanations of the structure of the GDR border fortifications as well as information on the function of the Wiesenfeld Tower.

The purchase of online tickets is only possible in Germany via the German-language site. Find out more about what the memorial has to offer and book a guided tour by e-mail at: service@pointalpha.com
Payment for the tour and purchase of tickets are made at the ticket office of the memorial. 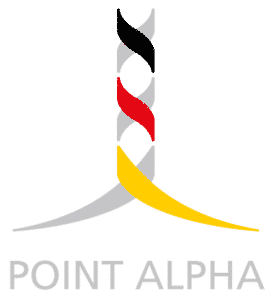